For lots of gamers, the power of the medium is its ability to place us in the shoes of other people, making tough choices that we’d otherwise never need to contemplate.But how does that message of power and opportunity spread outwards, away from the mostly indie games that address serious issues, and the relatively small number of people who celebrate these noble efforts?

Source: Here’s why the UN is getting interested in video games – Polygon

Dwarf Fortress is barely a blip on the mainstream radar, but it’s an object of intense cult adoration. Its various versions have been downloaded in the neighborhood of a million times… At bottom, Dwarf Fortress mounts an argument about play. Many video games mimic the look and structure of films: there’s a story line, more or less fixed, that progresses­ only when you complete required tasks. This can make for gripping fun, but also the constrictive sense that you are a mouse in a tricked-out maze, chasing chunks of cheese. Tarn envisions Dwarf Fortress, by contrast, as an open-ended “story generator.” He and Zach grew up playing computer games with notebooks in hand, drawing their own renditions of the randomly generated creatures they encountered and logging their journeys in detail. Dwarf Fortress, which never unfolds the same way twice, takes that spirit of supple, fully engaged play to the extreme

Source: The Brilliance of Dwarf Fortress – The New York Times

It’s easy to see why Undertale spoke to so many people. It’s rare to find a game that so thoroughly embraces nonviolence not just in mechanics but integral themes (though of course there are plenty of games with pacifist routes, from indie offerings like Iji to big fish like Metal Gear Solid). It’s a truly special game. And yes, I know the wave of praise for this game and the ensuing backlash have already both come and gone. Most people have not only heard of it but either played it or seen all the salient spoilers. As much as I liked it, I’d stopped thinking much about it months ago.

Source: Why I’ve Been Replaying Undertale After the Election 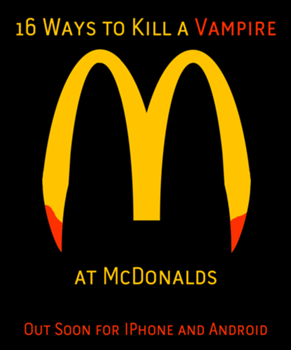 Anastasia Salter sketches a concise 5-step overview that will ground you in the basics, while Jane McGonigal outlines a basic 10-step process to designing an ARG in a slideshow format. Christy Dena, an experienced pervasive game designer, highlights some examples of flowcharts and mind maps used in the preliminary design process. You might also want to read Rui Corado’s blog post, where he details the back end of an ARG where you play a forensic investigator.

I recently said something in class about how narrative- or story-based video games haven’t developed much beyond branching events, and a someone mentioned open world games like Grand Theft Auto were very sophisticated story-driven games. Players could follow the main story-arc and finish the game, or they could focus on side-missions or no missions at all, if they want to.

I couldn’t express the missing potential of story-driven games at the time, but I’ll try now. Basically, interactive stories are still following the storytelling conventions of older media like movies and books. As they evolve, however, the old distinctions between “player,” “author,” and “character” will blur. The player of a game will not just take the role of a character in a predetermined story, but will increasingly be the author or creator of their own story.

For example, if we were to create a game based on a well-known story like Harry Potter, or Lord or the Rings, there are a few possible approaches:

This last item is what I mean by the potential of interactive stories. In a truly interactive game within an “open-world” setting, you might control Harry Potter to drop out of Hogwarts and become a master criminal. Or Hermione might become the first Wizard Queen of England. In a truly open-world framework, narrative choices can be mixed-and-matched the way physical objects in Minecraft can be combined.

END_OF_DOCUMENT_TOKEN_TO_BE_REPLACED

Voting is concluding this week for the 21st Annual Interactive Fiction Competition. All the games are available free online, and on November 15th the contest’s organizers will announce the game that’s received the highest average ratings. “This year’s contestants entered 55 original text adventures – a new record,” notes one technology blog, which argues that the annual competition provides a link to the history of both gaming and computers. New game-creating tools have “democratized” the field, and the contest may also ultimately lead game creators to explore even more forms of digital media.

It’s a problem that the video game industry has had for some time: the conflation of “realism” with maturity. The more plausible your graphics are, the more dignified your stupid ghost slime murder boobs story will be. Much as it is today, many of these plays for “realism”—especially the hunger for a legitimacy that might come with expensive Hollywood actors—actually makes worse games out of unsustainable development budgets. There’s a reason that “FMV games” never ‘stuck’.

So I’ve been reading up on hexcrawling and pointcrawling and dungeon and adventure design in anticipation of running an Iron Falcon game. I’ve looked at random generation, including online generators, of which there are many very nice ones. I’ve looked up the various bloggers out there who are mapping, and even looked at some tutorials about doing my own maps. Sadly I have very little artistic talent, and I can’t even begin to compare myself to some of the talent out there. To sum up, I felt defeated.

You step into an early build of The Magic Circle as a player getting a sneak peek, but even this demo is still in flux, and the world changes around you. It’s a joke at the expense of Steam’s controversial Early Access program, where players can willingly buy unfinished games to play them as they develop, paying in full even if they’re never finished. Early Access games can be trainwrecks, and The Magic Circle is no exception.

The “demo” only lasts a few minutes, additional quests are removed for budgetary reasons, and the boss fight is quite pointless considering the fact that Gilder took your sword away, afraid that you’ll use it to murder innocent AI characters. The developers are represented by gigantic floating David Bowie eyes, gods of this unfinished world, bickering over creative decisions and dramatic word choices.

But there is something deep inside the game calling for help, a lonely AI created for one of The Magic Circle’s earliest versions that needs you to break the cycle and end its living hell. As you embark on a new quest to save this AI, it gives you the ability to hack the world around you, reprogram enemies, and revive vapourware against Gilder’s will. If there seems to be a platform too far away, you can give turtles the gift of flight and hop along them. If you want to get real creative, you can steal a teleporter’s niche and warp around reprogrammed mushrooms. Catch a plant queen off guard by giving a rat a railgun. Revive a sci-fi DOS-era version of the game to send the mighty Gilder into a panic.

Source: ‘The Magic Circle’ Is a Hellish Game About Game Development Hell | Motherboard