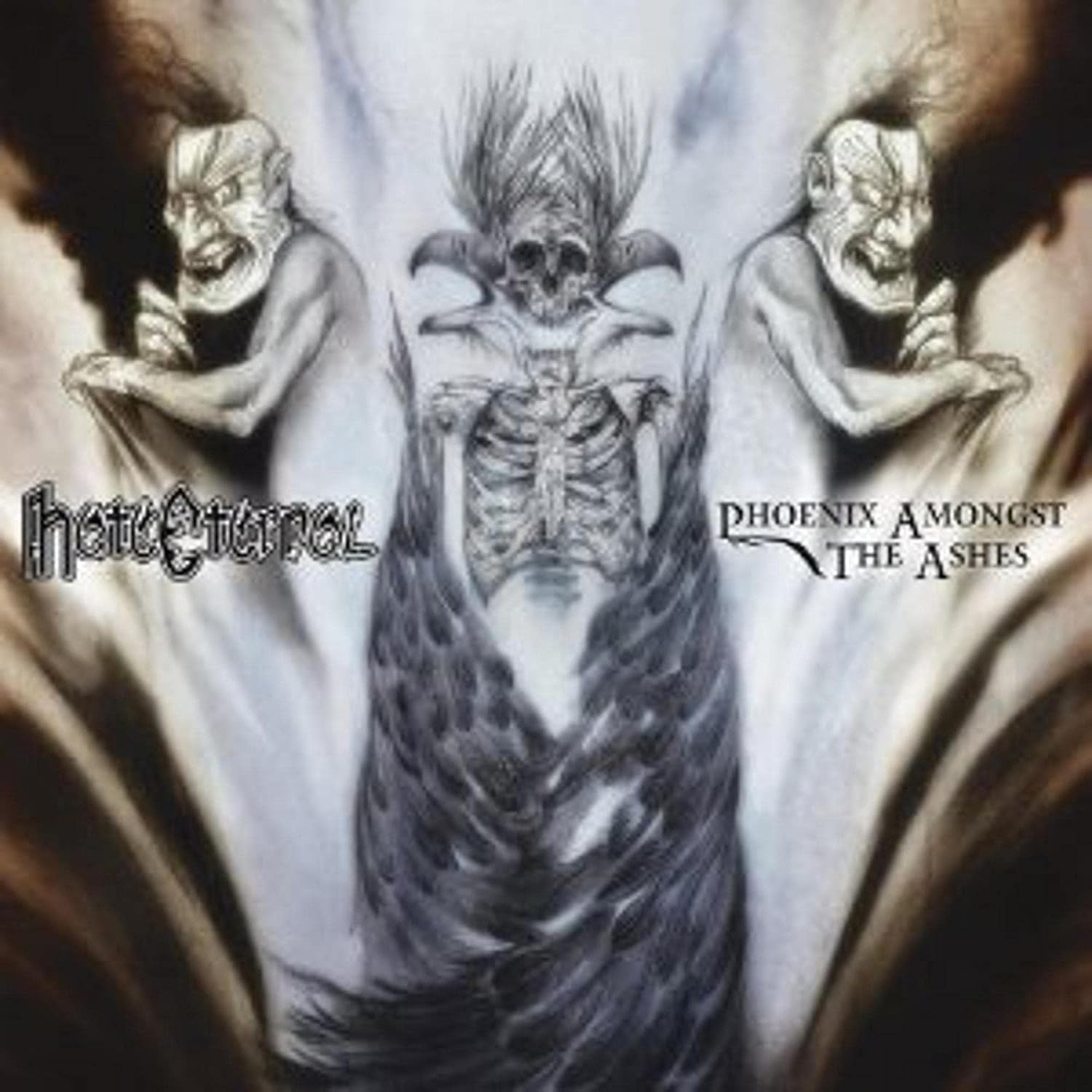 Almost three years after the brutal extreme metal masterpiece, I, Monarch, Hate Eternal came back to the death metal scene with a new record and a new home on Metal Blade Records. Fury and Flames, the band s fourth studio album, marks the start of a new chapter in Hate Eternal s already illustrious career. Fury and Flames was hailed as a diverse, heavy, chaotic, and emotionally fueled record and saw the band on the road with the likes of Cannibal Corpse, Hatebreed, The Black Dahlia Murder, Decrepit Birth, Soilent Green, Skeletonwitch, Cephalic Carnage, and Toxic Holocaust just to name a few, as well as playing such great European festivals such as Party San, Summer Breeze and Brutal Assault. For the writing and recording of Phoenix Amongst the Ashes, HATE ETERNAL sought out a new bassist and recruited J.J. Hrubovcak who joined the devastating combo of Erik Rutan on guitar and Jade Simonetto on drums. In terms of the writing on Phoenix Amongst the Ashes, Rutan stated "it was my goal to expand upon what the band has done in the past, and add new dynamics and twists to the traditional, dissonant HATE ETERNAL style, yet keep it in the same vein. It took the three of us really pushing ourselves, and digging deep into the essence of who we are as musicians and writers and players to create something very unique and special. We cannot wait for everyone to hear what we have in store." HATE ETERNAL recorded their fifth studio album at frontman Erik Rutan's own Mana Recording Studios in St. Petersburg, FL with mastering handled by Alan Douches of West West Side. Artwork was once again handled by Paul Romano (Mastodon, Chiodos, The Acacia Strain, Godflesh, Earth Crisis) who has also created cover art for HATE ETERNAL s I, Monarch, The Perilous Fight (DVD), and Fury amp; Flames. HATE ETERNAL will be hitting the road in support of Phoenix Amongst the Ashes starting things off in Europe in late April and carrying through to the end of May. Joining HATE ETERNAL will be Obscura, Beneath the Massacre, and Defiled. Shortly after HATE ETERNAL returns to the states, the band will hit the road on a headline run out June through July with Origin, Vital Remains, and Abysmal Dawn as support.

After the events on 9/11, THE HOT ZONE: ANTHRAX follows the team of experts tracking down the killer and mailer of the anthrax letters. The anthology series, starring Tony Goldwyn and Daniel Dae Kim, will premiere during a three-night event, beginning Sunday, November 28 at 9/8c on National Geographic, and also streaming on Hulu.
Learn More

The widow of Theodore Roosevelt, Jr., decorates her husband's grave in Normandy in this image from our photography archives.See Photo of the Day

The National Geographic Society invests in innovative leaders in science, exploration, education and storytelling to illuminate and protect the wonder of our world.